It's Not You, It's The Lights: Solving Stage Lighting Issues

If you are a new stage technician trying to set up lighting for a production, and you're encountering problems with the lights either not behaving well or not appearing to look good when publicity shots are taken, you're going to have to check more than your light controls. Once the lights are in place and the cables are laid -- and the stage and props are set up -- you can find that there are some strange issues you might not have accounted for. Some of these might seem like silly mistakes, but they have tripped up more than one professional before.

You've gotten the cables and stage set up, and things were looking good yesterday. But now you're dealing with a possible short or inconsistent lighting. One potential cause of this is rodent problems. Mice and rats can chew into wires and cables, and the appearance of a new lighting cable can prove tempting for curious rodents who come out after dark. That can destroy the wiring inside, and it doesn't take long for this to happen at all.

One thing you can do is get a fiberscope -- sort of a fancy borescope that's often used in medical and industrial applications -- and carefully send it along the length of the cable. That saves you from having to dismantle part of the set to remove the cable just for inspection. Of course, if you do find damage, then you'll have to get to work. But the fiberscope will let you inspect with a minimum of fuss first.

Lighting for the stage needs to be set up with the live audience in mind, but that can sometimes have a strange effect on publicity shots and streaming video broadcasts of the performance, especially if the stage lights use LEDs. One solution is to have the camera person try using different filters for the camera lens, taking longer shots, and angling the camera differently to see if that makes the photos or video look less odd. You can also try readjusting the locations of some of the lights; some may be angled more harshly than you realized.

Light temperatures on the stage (for general lighting, not specific spot lighting that needs a particular effect) should be identical. If one bulb is slightly cooler than the next, it might not look bad on stage, live, but the cameras could pick up on that slight difference. Check the temperatures of the bulbs and ensure they match.

These may seem like issues that you should have thought of before, but they don't always cause problems -- not every stage has cable-chewing pests, for example. Take your time and inspect the potential problem areas, especially behind and under props with a fiberscope, and you'll be able to get everything corrected. 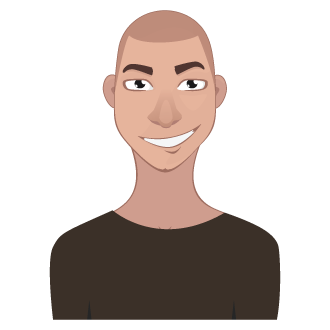 Hi, my name is Toni. I have been an amateur wedding photographer since I was eight and bought my first disposal camera. Now, I still take photos at weddings, but I also do more than that. I capture my friends' excited expressions on video, and I create video artwork essentially to memorialize their days. Due to my AV savvy, I have also helped many friends set up the sound systems for their wedding dances and parties. If you want to learn how to integrate audio-visual equipment and strategies into your wedding, you have come to the right place. Please explore and enjoy reading!